On Monday 23.07.2018 six young activists presented their views on political engagement, explained why HIV needs to be at the center of the political agenda, and proposed solutions and next steps for the future. 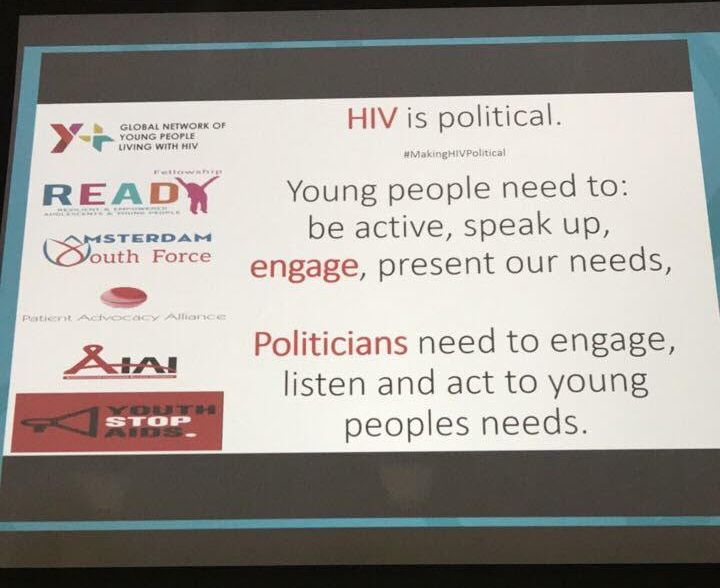 Robbie Lawror, an Irish activist and PhD student, highlighted the great achievements in the field over the last 30 years which in combination can greatly improve the lives of people living with HIV. He pointed out that access to ARVs which has increased the life expectancy of PLWHIV to almost the same levels as the general population is not universal. Further on, he asked the audience why his life, a life of a 30 year old, white, gay man, is more important than the life of a person living with HIV in Uganda. 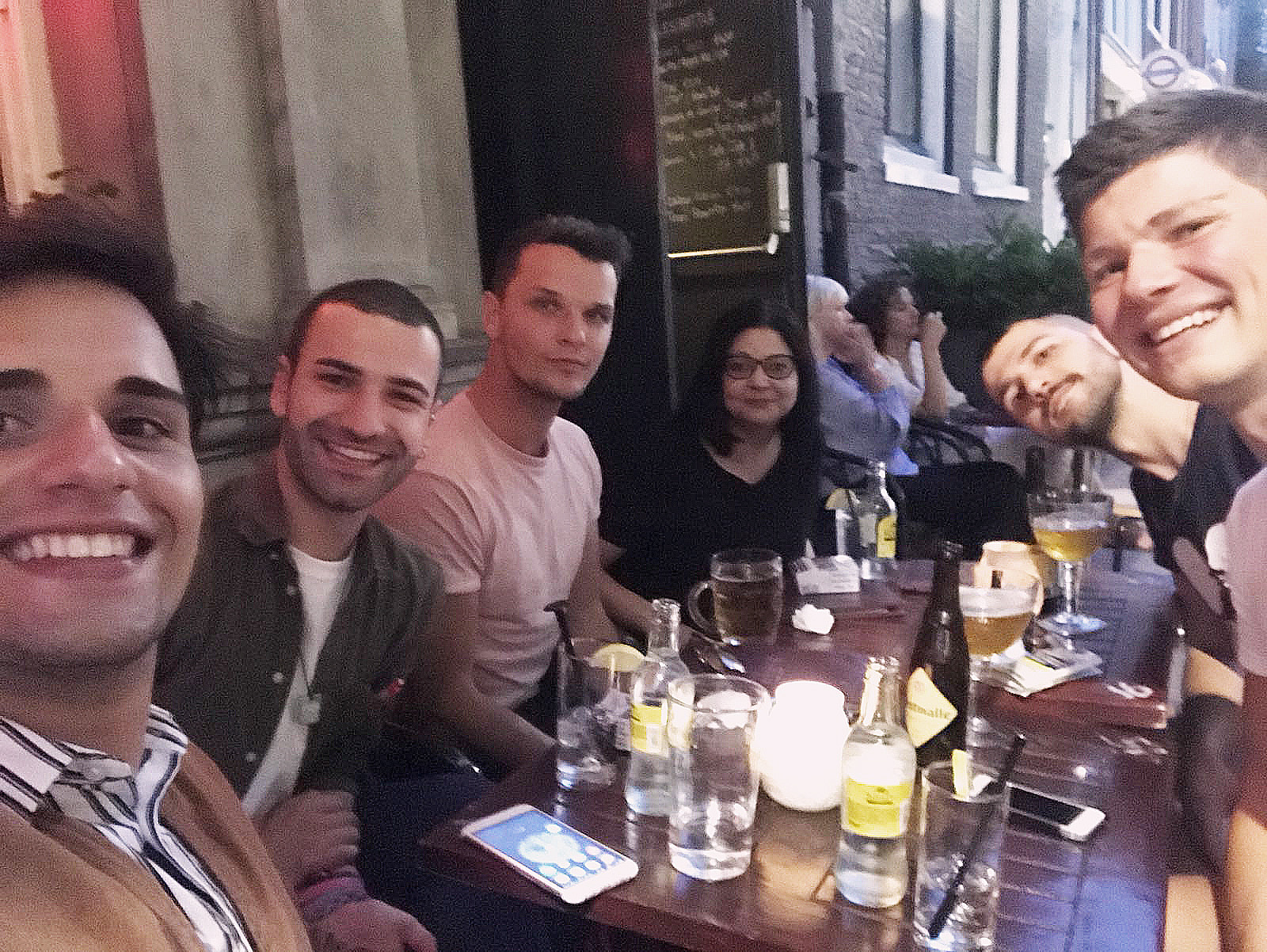 Oguzhan Latif Nuh, a university student and a member of the Amsterdam Youth Force (Co-Chair of Communications and Media & Co-Chair of Program for the Global Village), asked for political education for young people that will enhance participation and perhaps even representation in national parliaments and the international organizations such as the EU, UN, etc. He then asked for support for people living with HIV to address the stigma in their local communities to the point that everyone can live openly with HIV. 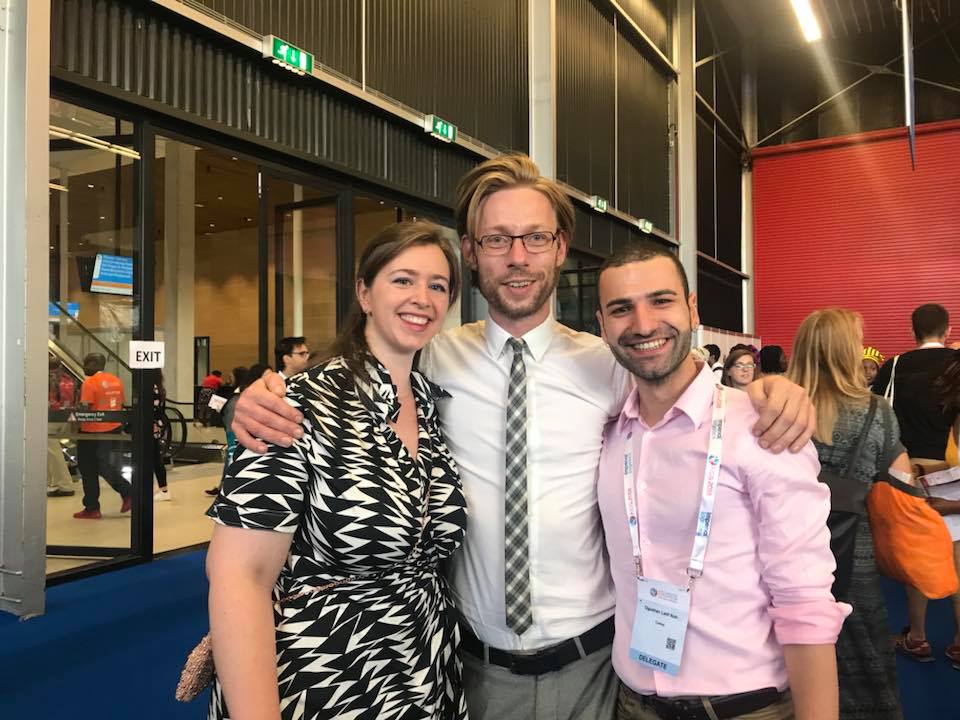 Bakita Kasadha, a young activists and consultant from the UK, highlighted the inequalities in research and the lack of disaggregated evidence by age and gender for key populations such as women and trans gender people in the HIV field; the lack of variety in services where a “one size fits all” approach is being followed; the need for the HIV field to acknowledge gender equality needs and to start building synergies with other disease areas; the need for inclusion and allies.

Pascal Akahome, a young pharmacist from Nigeria whose Visa was denied and was unable to attend the conference, addressed the audience in a recorded message. He spoke of the reasons politicians are not engaging with young people living with HIV. He spoke of corruption, negative publicity, political controversies, stigma but also the minimal political influence marginalised communities have. He proposed visibility, collaborations and monitoring of all interventions in order to enhance the political influence of those communities.

Manuel Maffeo, a student doctor from Italy, talked about medical guidelines and the lack of political will in adopting in guidelines innovations such as PrEP. He also pointed out that guidelines are mainly based on evidence from research on men and often lack flexibilities that can cover the needs of other populations living with HIV. He closed his speech saying: “These days you have to be 50% doctor and 50% activist”. 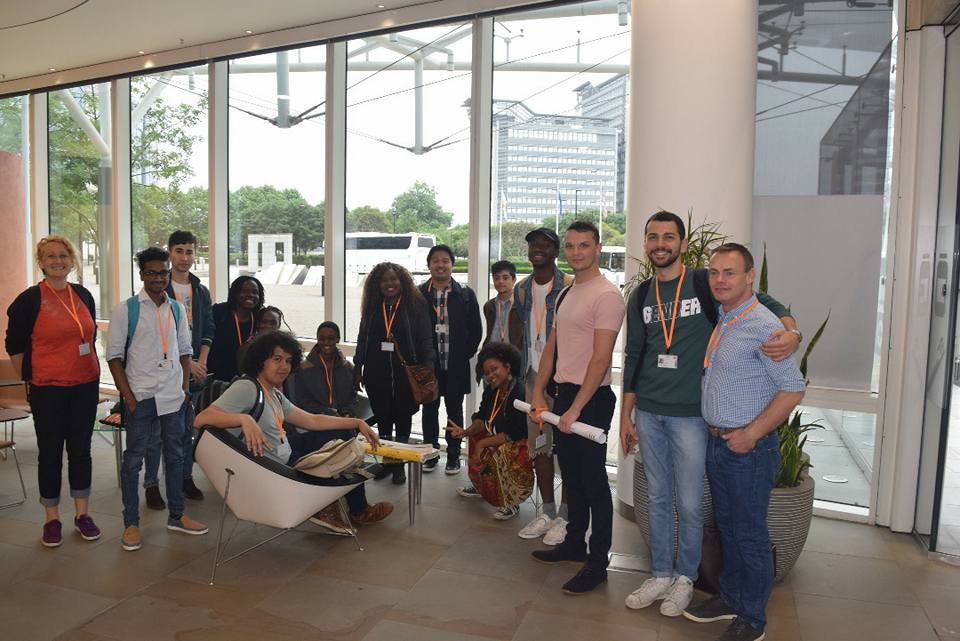 Finally, Luciana Vigano, a young lawyer from Switzerland and member of the Amsterdam Youth Force (Co-Chair of Communications and Media & Co-Chair of Program for the Global Village), asked for people to create synergies, to speak with one voice, to acknowledge their own weakness, to network, to be different.

Here, #AIDS2018, young people seem to be taking a stand on the HIV response. We think and hope they will find or create the spaces that will allow for their voice to be heard.