Miranda Hobbs, Sex and the City

The Oxford English Dictionary defines stigma as: a mark of disgrace associated with a particular circumstance, quality, or person. The stigma index on the other hand describes this in depth and highlights what it means for the PLHIV : Stigma is commonly understood as a process of devaluation. It can have many outcomes (such as discrimination, which is also known as enacted stigma) and in the context of HIV can adversely affect how and when someone accesses services (including testing, support and treatment), how people interact with each other (including friendships, intimate partnerships and professional relationships), and how someone perceives themselves and their self-esteem.

A few weeks ago I attended a training as a member of the European AIDS Treatment Group in an international organization. I had to go through security and be cleared to enter the building and they had issued me a budge with my name on in order to be able to move around. I was among other patients and community members representing other disease areas. During one of the sessions a trainer asked my group if we were patients (ie. living with a disease). At the time I thought this was strange as he was in essence asking for disclosure. It is very common, especially in the HIV field, for people to disclose their status as it is considered a liberating procedure which empowers the person at the same time.  According to a research[1] conducted in Spain among PLHIV, 45% of the participants considered concealing their HIV status to have a great emotional and cognitive burden. Nevertheless, this is a very sensitive subject and even though we are activists, as anyone else, we share the same rights ie. Not to disclose our HIV or any other status.

Later the same trainer accompanied me outside of the building for a cigarette. I know he meant well – he was going out of his way to help me smoke. He probably even liked me – he started talking to me about his ex-wives. But when we reached this point where he asked me which organization I was representing and I replied “The European AIDS Treatment Group” he froze! I had to explain that I am also a nurse and work for the NHS in London (although, without ever disclosing my HIV status) for him to relax and even then he stopped being so charming.

I did not pay much attention at the time. I was there for the training and I was determined to do well. A few days later though this conversation kept coming back to my mind. It was bothering me. I could not identify exactly what it was that was bothering me but at some point it dawned on me: This is the reality for all women living with HIV. This is the reality for anybody living with HIV! I am sure stigma, because that is what we are discussing here, is universal and knows no country, no boundaries, no specific group of people. How are you supposed to deal with this though? 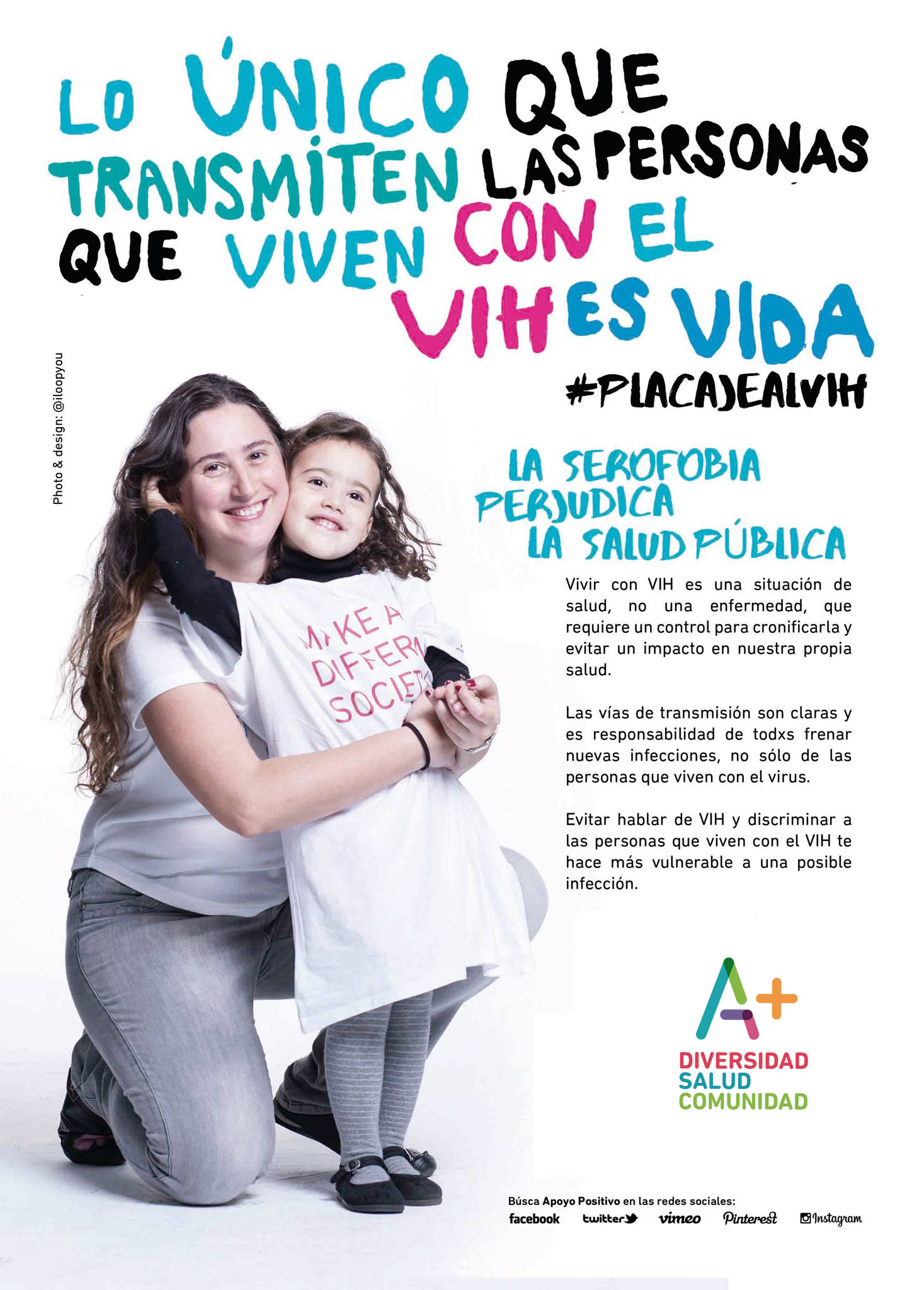 And is it real or is it just in my/our mind?

Well according to research[2] it is not in our mind! It is very real and it can affect our lives in various ways. A recent research in Spain for example showed that 19.3% of the general population believe that PLHIV are to blame for their condition while another 17% believes that the people who were infected through sexual ways or drug use got what they deserved. Obviously this explains why 82.5% of the PLHIV feel stigma and discrimination is the biggest problem they are faced with2. We know that stigma and discrimination flourish around ignorance. The same research1 showed that 15% of the general population still believe you can get HIV from sharing a glass, 17% think you get it from the toilet and 14.9% believe you can get HIV if a person living with it coughs or sneezes on you!

There are good and bad news: the research1 was first conducted in 2008 and then it was reviewed in 2012. The percentages I am mentioning are from the 2012 research (these are the bad news) but they were much improved compared to the results from 2008 due to community and state efforts (according to the researchers). Also, stigma index (I am using the UK results) showed that 35% of PLHIV consider raising the public knowledge and awareness about HIV as the most important priority. This was followed by “Advocate for the rights of people living with HIV” (27%) and “Provide support to people living with HIV by providing emotional, physical and referral support” (25%).

Moreover, stigma index in the UK and the research2 conducted in Spain identified other common themes. How do people living with HIV feel for example? Shame (44% in UK, 40% in Spain), Guilt (43% in the UK, 42.5% in Spain), “I feel I should be punished” (8% in the UK) – “I feel I am being punished” (for living with HIV) (37.5% in Spain). In addition, 25% of the participants in Spain testified that they are avoiding intimate relationships because of stigma while 52.5% do not disclose their HIV status because they are afraid the other person will reject them. We also know that the health outcomes are poor for the people who are living in stigmatizing situations (regardless of external stigma or internalized). The adherence and retention to care are far lower than among the people who have dealt with stigma (and won).

So, are there any good news? Yes there are! First of all the Spanish research1 which recruited participants of representative ages, social and education status from all over Spain according to the demographic results of the National Statistics Institute from Spain (which means it included people who are not educated, who are old, who share conservative views) saw an improvement in the situation in just 4 years’ time. That also means the efforts of the civil society and the state must continue and perhaps be re-enforced.

Moreover, the Stigma Index in the UK shows that 45% of people living with HIV have challenged, confronted or educated someone who was stigmatizing them while 84% have supported other people living with HIV. These are great news! That means it is up to every one of us to promote awareness among our communities. I need to clarify here that in my opinion it is the state’s responsibility to make sure all citizens are treated equally. What does that mean? That means it is the state that needs to make sure people are educated and have access to accurate information they can understand, people are not suffering discrimination in healthcare settings or anywhere else. That can be achieved by laws, research, psychosocial care and support, funding for services (public or community run services). BUT the great news I was referring to earlier is that our contribution as individuals can also make a huge difference in this fight against stigma. Research proved that it is up to us to support each other and leave no-one behind. It is up to us to make the state recognize its’ responsibilities. It is up to us to change a situation when we don’t like it. And our contribution makes a difference. I am doing my part. Are you?

If you are living with HIV or if you are affected in any way by HIV, you can always contact Apoyo Positivo’s offices at  info@apoyopositivo.org or calling 913 58 14 44