PREP will bring lesser use of condoms, and it will probably mean an increase of transmitted genital infections, but you know what, I don’t give a shit!

PREP will bring lesser use of condoms, and it will probably mean an increase of transmitted genital infections, but you know what, I don’t give a shit!

Last  December 3th-4th it was held, at San Francisco, the first American National HIV PreP Summit, which brought more  than 600 activists  from US and other regions of the world  to the center of the city in California.

Maybe in Spain, where we are still struggling to explain what Prep means, and discussing about prehistoric ghosts  of this preventive and revolutionary method ( secondary effects, pharmaceutical companies black hands or its effectiveness)  we may not see relevant  a meeting of this kind, but for our organization is a key issue, and it has been a privilege and opportunity to be a part of it through the AIDS/HIV treatments European Group (EATG), which we are a member of.

To explain the context, and for newcomers, Prep is HIV preventive pill. Yes, as clear as you read it.

Is it true that HIV infection can be prevented by a pill?

Even though it is not  being given due importance, Truvada  usage, one of the antiretroviral drugs available in the market for HIV infection, also prevents it, and very effectively. We already told you in previous posts.

Prep is effective and safe, and it comes from the community movement, and the observation of real life from people living with HIV. From the community evidence came the scientific evidence, not without solving big economic and institutional support challenges.

“Truvada whores” came into the front scene, and with them, previous discrimination conducts  against prevention arose again. Does anyone remember when women were called whores for keeping condoms inside their purses? Or when people who started using other contraceptive methods were called whores? The normative  and moralist lobby came back to attack the sexual freedom of people,  especially against  historically isolated communities, who were only taking care of their sexual  health in a more effective, responsible and safer way than the rest of the population, which  has never been pointed out for their sexual diversity. 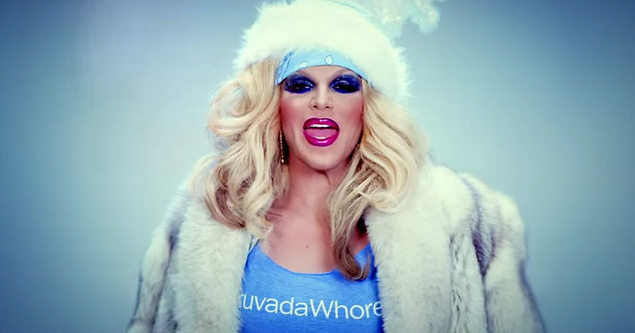 We should not use the treatment of certain  diseases as a behavior  control method.

Being with more than 600 people, most of them PreP active users or distributors who work on a daily basis implementing this preventive method, strongly increases the value of this treatment, especially when you observe a total implication from the several groups affected by HIV: trans people, women, immigrants, and of course gay community and men who have sex with men.

When we say it increases the value of this preventive method is because, being a community  movement at its origin, it has been in the US where there is an absolute involvement of the community, far away from  the  oldest and more well known LGTBI organizations in our country, who are still struggling with power fighting and “pink-washing”. This attitude is driving them away from the reality and the needs of the people who belong to the wrongly named LGTBI community. Community? #NoComments.

Two days of meetings and essays, mostly about how to overcome the obstacles which they find  on a daily basis in the US in order to grant this preventive method against  HIV. These obstacles are mainly coming from morality and the “buts” from doctors, trying to avoid a legal access to this pill, and of course to the economic coverage of the same. However, there were also essays about figures and conclusions: Prep is not only an effective method on a health level and the most powerful alternative to end HIV epidemy on a short term, the preventive pill means so much more:

Most of this information was part of the content of the closing session “It is time to stop being a target and become a priority”, by Sarit A. Gloub, New York Hunter College Doctor, who got the recognition and the most sound and exciting ovation that we have lived in the latest years on HIV  area.

Sarit calls for a change  in the intervention on sexual health care and stop talking about people with HIV high risk practices, as, in many cases,  people who can benefit from our services don’t feel themselves as “high risk conducts”. To qualify all sexual practices without condom as “high risk”, makes healthy sexual life a pathology from the doctor point of view. Questions made in medical checks about specific data (number of partners, number of STD’s -sexual transmission diseases, number of anal sex unprotected practices) move the professional away from the patient worries or unawareness, from their own risk perception, and it does not help the patient to reflect about himself/herself.

US Health professionals are aware that Prep use is reducing condoms use, and that Prep implementation  is driving us to an increase of other infection detection (not to a direct increase of the infections itself), but, as Doctor Sarit said I don’t give a shit!, if this means to face, for the first time ever,  sexual health care as a priority in public health care. We cannot, and we should not , use the control and treatment of other infections as a way of controlling the population sexual conduct.

If you judge me, if you consider me a bad person due to my sexual desires, I may not want to go back to your health service.

The American community is living a honey moon with the excellent results that Prep is bringing to their cities. But they are not the only ones. In countries like England, where there is still not legal access to Prep,  recent studies show a reduction of new HIV transmissions due to “wild Prep”. These studies are being monitored by ONgs and community services like 56 Dean Street.

What is Spain waiting for, when we are European ranking leaders on new infections ?

We are allowing  our population, our young people (especially  LGTBI community), to buy drugs illegally from abroad laboratories or in the black market, in order to protect themselves and feel safe from something that should never be seen as negative or risky, our sexuality and erotism. Another trick they are using is to use friends drugs or go to  Hospitals ER to ask for Pep and use it as Prep.

Yes, Prep is already in Spain, but while Health Ministry is looking to the other side, the population is moving forward in order to avoid risking their health. And not only the population, from our Organization Apoyo Positivo, we are aware that some doctors, through Social Security system,  are supplying Truvada to HIV patients partners, without protocols and without universal access.

Prep should be granted to any person who wants to live their own sexuality as they desire and whom they want to live it.

Has anyone in a sexual health care center asked you what kind of sex you would like to have?

We need Prep NOW! Sign it, distribute it, resend it, ask. We can only succeed to stop the epidemy in Spain with your support.

If you want to join our early access campaigns to Prep,  you can email us to info@apoyopositivo.org or you can sign our active petition in Change.org through Gais Platform against HIV.